Attempting to stand my knee was a noodle. Ski patrol does not like knee noodles.

I made a left turn, that was it. Time paused, I felt funky and fell, but had no pain. Something was off.

I always wanted to experience the downhill sled method until it happened and I couldn’t physically stand. A pizza box secured my knee, I was sent to the ER.

Things became real when triage lifted my leg. Pain shot through the roof. X-Rays concluded I had three fractures in my right tibial plateau. What is a tibial plateau, and how did I not know?! I wasn’t the first in an open Johnny to Google WebMD.

It would be 8 weeks before I could make my next big move of touching my pinky toe back on Earth. Thich Nhat Hanh wrote of the miracle it is to walk on Earth, I had no idea he was talking about me. How silly!

Like an ameba, I flopped 92% passed out in a wheelchair exiting the ER, barely comprehending crutch instructions. Stand? Walk? Were they nuts?! I was 3 sheets to the wind, whiter than tiles I was about to step three points upon. Sweating as if prepping for battle, they took one look and wheeled me back to check in at the lavish resort, lacking just one amenity; a swim up bar. I embraced the bed with railings, and snuggled into the sterile hotel which provided air conditioned pjs, grippy socks, and my own personal bed pan!

Hours prior I was on top of the world, mentally in the game skiing beneath a blue bird sky, but made a left turn, not a right.

I captured this shot moments before the weenie twist. I should have gone big – Warren Miller style, but this was a controlled short radius during a Monday clinic. I’ve been skiing for thirty-three years, mostly unscathed; until this… 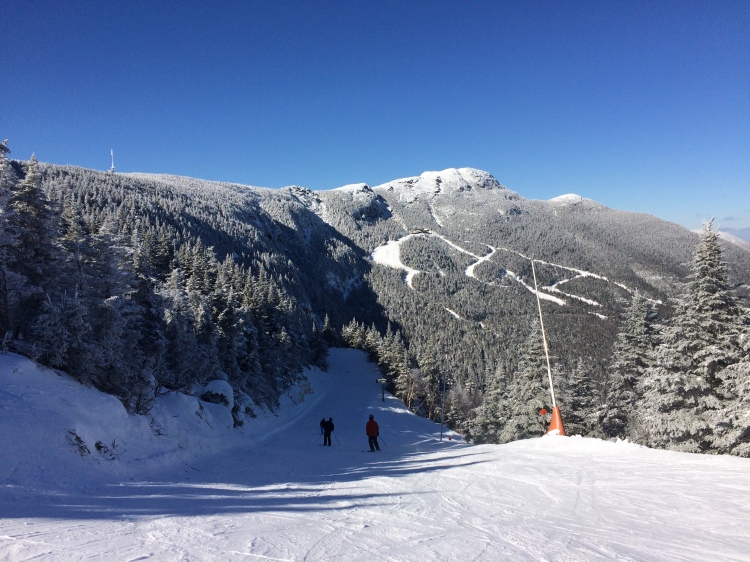 They gave me a VIP bracelet, popped me with pills, and allowed my Mom to join for 50 grand a night, but it was all good, they loaned her a pillow!

A therapist entered and presented a live infomercial on nifty sock and shower gadgets. Who knew putting on your sock was so important! My eye caught my Moms, we teetered on the brink of laughter as he passionately spoke about the shower sponge on a stick. I’ve never washed my back, I can’t reach it. Why would I start with a broken leg? Then a focused discussion about the pros and cons of a foot lifting lasso, then my Mom demoed the shower chair. She swung her legs like a champ, until he believed our competence and let us be. That demonstration cost me just $500.00 USD!

Orthopedics reviewed my X-Rays and CAT-scan, and the party was over. The 24 hour care, TV, and lovely acceptance of peeing in bed following warm catered meals. It’s abrupt, with little warning you sign over your retirement, they wheel you to winters chilly curb, and its figure it out, go time. Wait, what?! My life paused and all I could muster was getting crutches beneath my pits, and pray I didn’t pass out going to the loo. Baby steps…I got this!

My Mom had to escort me to the John and assist with some pretty intimate predicaments. I was wearing my Eco-friendly, no strings attached, less mess Diva Cup, but needed help. This friends became very complicated perched upon a wobbly leg like a baby flamingo, as my Mom questioned how to assist. A Moms love is unconditional. Period, no pun intended. We squirmed with uncontrollable mother, daughter laughter, it was too much! You can’t make this crap up.

If only I made a right turn, not a left…

Days later on my 39th birthday, I accomplished something huge – HUGE, people! I went to the bathroom alone, and didn’t pass out! It was a celebratory birthday like none other. Complete success. 40 will be a breeze!

Not long after my ski mountain birthday cake depleted to crumbs did reality sink in. My right leg would be elevated.

All I could muster was lifting my leg onto a pillow, which took 30 minutes and a team of two to find a bearable position. The weight of a blanket was excruciating, but it was my hip flexors biggest moment. It waited all its life to be acknowledged, and rocked it. I’ve never thought about or thanked my hip flexor for hanging out, being there through left and right turns, but this little guy was in his prime. Like a champ it lifted my fractured leg and Don Joy. Who named that? There was no cute Don, and no joy in that brace. Okay, I won’t go all dark on you, but seriously give this hip flexor some props, it took one for the team!

The cards, the calls, the gifts arrived, I was feeling positive. It was fun, like a mini sabbatical with warm home cooked meals. Then BOOM, the tears, depression, the holy crap life halted for a long time realization. Wait, I’m vulnerable? I’m human? Will I lose my job? Can I afford the medical bills? How long will recovery be? Will I get my range of motion back to enjoy the adventurous life I loved? Will I lose my travel benefits, my health insurance? The kicker (no pun, no actual kicking for quite some time) is my Dad died January, 10th, I broke my leg February, 22nd. It’s been a rough ride…

I cried for my deceased Father, helped plan his funeral which I attended on crutches, hugged my Mom, and spent round the clock painful moments on the couch, but moved forward one hour, one ice pack, one Vicodin at a time. When it hits the fan, it might as well be at once, so I curled up in my childhood cabin beneath blankets my Mom knit, in the warmth of a fireplace my Dad built, and felt gratitude because it could always be worse. If I had not made that left turn, I wouldn’t have spent 120 days with my Mom, or known how painful or priceless putting on your own sock, or washing your back could be… 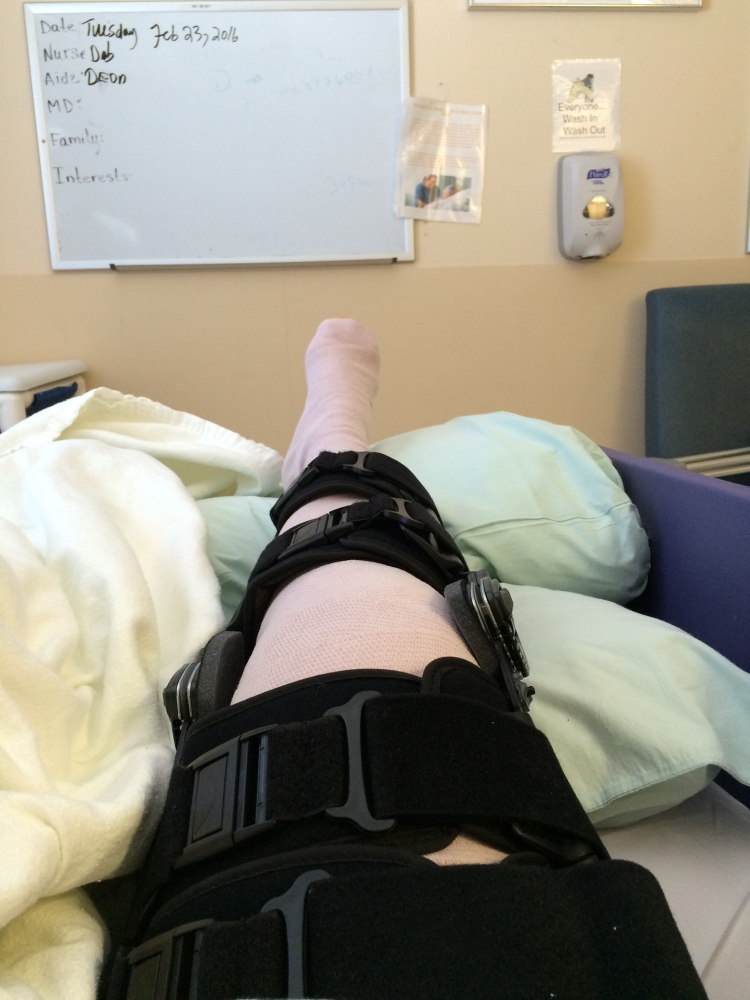 So happy you're here! Allow me to take your imagination along with me on my adventures through the world and into my heart, via BeansDream.com. I started Bean's Dream at an Edinburgh hostel with a little help from some whiskey and a torn piece of paper. Eight years later, I find myself still following my dream of writing about traveling and life. Grab your favorite beverage, snuggle into a comfy space, and let me transport you through my heart to far-away lands. I appreciate your presence. Jenny "Bean" "About Bean" edited by: Tuckerman Wunderle View more posts